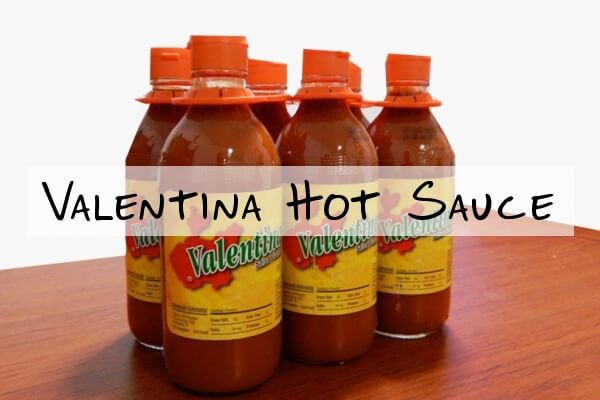 Valentina Hot Sauce, better known under it’s Spanish name ”Salsa Valentina” is one of the most popular Mexican sauce. The story of Salsa Valentina started in 1960 when founder Manuel Maciel Mendez introduced his company, the Tamazula group. The company is based in Guadalajara, and quickly started to spread his ideas throughout Mexico. Shortly after the company brought the Valentina hot sauce to the market, it became the leader in the field of hot sauce production and sales all across Mexico.

A funny anecdote took place when Manuel learned that most of the children in a Mexican elementary classroom responded that the State of Jalisco was called Salsa Valentina. The brand uses the same shape of the state of Jalisco as their logo. The children recognized the shape of the state, but associated it with the brand instead. This was because they ate the sauce almost every day during lunch time. It was at that moment, Manual realized how popular the Valentina Hot Sauce has become. Currently these sauces are all over Mexico, and you won’t find any Mexican local that doesn’t know this sauce.

The Origin of the Name

But where does the name Valentina come from? Don Manuel told us that it was the name of a character in the Mexican Revolution, a brave woman named ”La Valentina”.

Valentina Ramírez Avitia was a Soldadera born in 1893 in El Norotal, a town located in the state of Durango.  At 17, Valentina joined the ”Maderista” forces dressed as a man, identifying herself as Juan Ramírez.

With the carbine, the cartridge cases, boots, clothes and the horse of her brother Atanasio, Valentina went to battle. A year later, Valentina (or should we say Juan Ramírez) already had the rank of lieutenant. In the end she was discharged from her rank, when a colleague accidentally discovered her braids. In 1969, she was run over by a car and was disabled for the rest of her life. She died on April 4, 1979 and was buried in the mass grave at the civil pantheon of Culiacán, Sinaloa.

This woman’s bravery and tenacity inspired the Maciel family, and her legacy continues with the popularity of Salsa Valentina.